Alan Permane has warned F1 will “definitely” face “many unintended consequences” if the sport changes the Safety Car rules in favor of red flags when it is late in the race.

Last time out at Monza, fans were left disappointed when they were denied a grandstand finish when the Safety Car was brought out late in the race for Daniel Ricciardo’s stricken McLaren.

It was the Tifosi’s only hope for Charles Leclerc to catch Max Verstappen, the Red Bull driver leading by 16 seconds when the Safety Car was deployed.

But it was not to be, their moment of joy slowly but surely turning into frustration as the Safety Car stayed out lap after lap while the marshals struggled to clear Ricciardo’s car.

Race Control ran out of laps to get the race restarted, Verstappen taking the checkered flag ahead of Leclerc with George Russell P3.

Since then there has been a debate of whether Formula 1 needs to change the regulations, the leading suggestion being a red flag if there is a late Safety Car.

That would pause the race, allow the incident to be cleared, and then give fans a thrilling final few laps.

The idea has been backed by Mercedes’ Toto Wolff as well as Christian Horner, although Andreas Seidl says when it was on the table after last year’s Abu Dhabi GP, the team bosses rejected it.

Permane says while it isn’t ideal, it means Formula 1 would at least “put on a show” for the fans.

“There will be some unintended consequences but it’s happened before, we did it in Baku last year and it was good,” the Alpine sporting director said as per Motorsport.com.

“I guess you can write that into the rules, it doesn’t sound crazy.

“I’m sure there will be something we don’t like but we’re here to put a show on and that was clearly not acceptable.

“It’s not an ideal finish at all. No one wants to finish under the Safety Car. It’s miserable. It’s really miserable for the fans. We didn’t do our best, that’s for sure.”

But rather than play with the rules, Permane feels more should be done to make sure the Safety Car procedures are carried out faster.

At Monza not only did the Safety Car pick up the wrong driver as the lead, but there was one full lap where team bosses and pundits felt drivers could have been given the go-ahead to pass the Safety Car in order to line up for a restart. 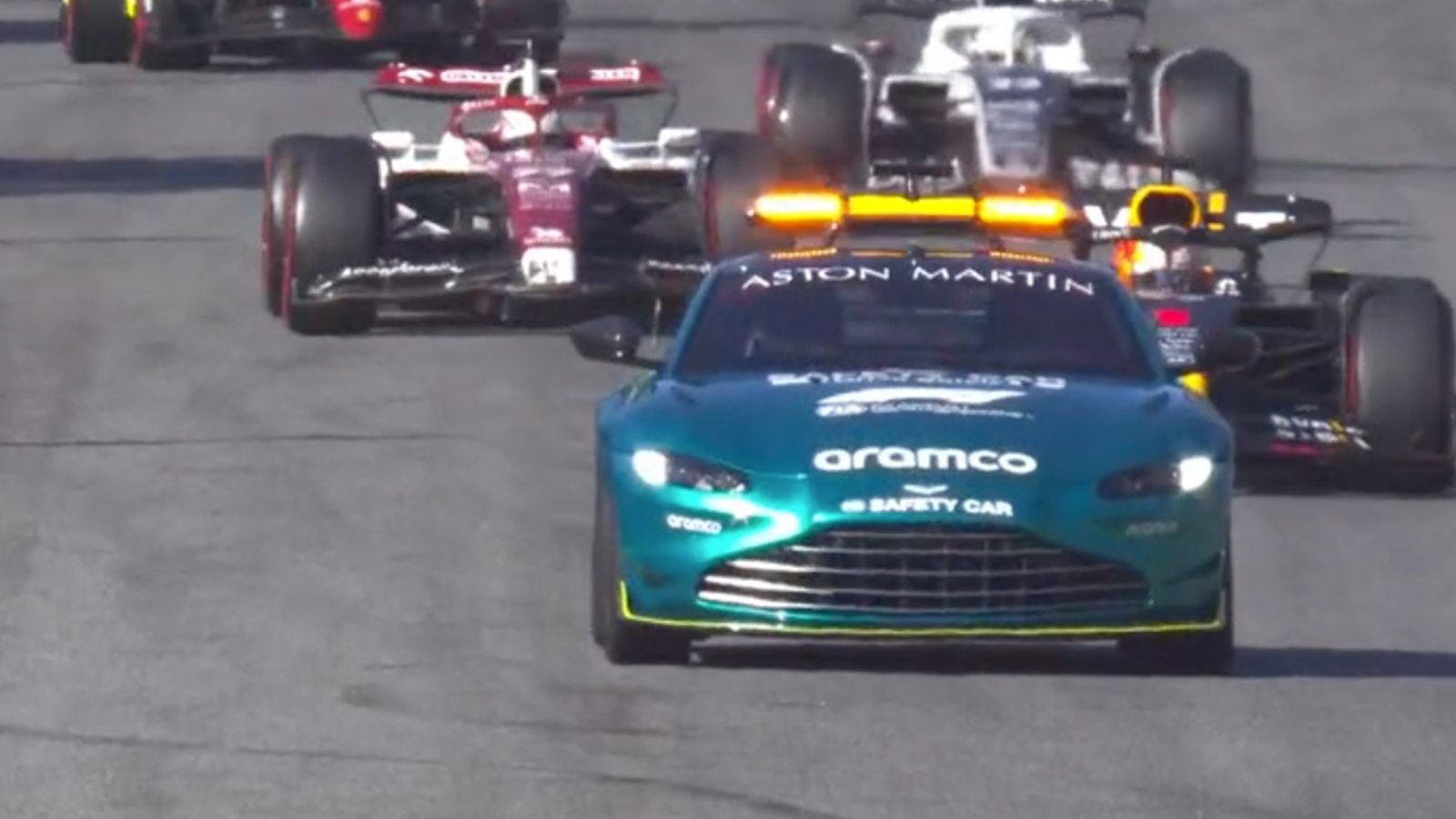 “Maybe we don’t have to say every time there’s a Safety Car within 50 kilometers of the end, you throw a red flag,” he continued.

“Maybe we need to just make sure we get those Safety Car procedures right and we’ve been working on making them faster.

“The problem is with Safety Cars later in the race, you’ve got these lapped cars and we’ve had endless discussions about how to improve that situation.

“And there are definitely many unintended consequences of changing that procedure.”

First let it be said that no matter what Formula 1 chiefs decide here, there will be a lot of people who will be unhappy with the outcome… those who want a show versus or those who want authenticity.

Max Verstappen was the rightful winner of the Italian Grand Prix, he and Red Bull had done everything right and he was comfortably 16 seconds up the road when the Safety Car came out.

To then red flag the race would have, at least for him, been unfair. The rules as they stand today acknowledge this. The driver leading when the Safety Car comes out is the driver who wins.

Had the red flag been thrown it would have been an artificial result, one set up by the Race Director – remember the last time that happened?

The only way for a red flag to be used in such a situation is for it to be written into the rules so the question F1 needs to ask itself is which value do they predominantly want to stand for? Authenticity or entertainment

Formula 1 is, according to the encyclopaedia of modern times Wiki, the ‘highest class of international racing for open-wheel single-seater formula racing cars’. But is it also entertainment?

Anyone sitting in the grandstands at Monza or watching on TV as the Safety Car won the race would say no. Anyone who watched last year’s Azerbaijan Grand Prix with its late red flag and all-out two-lap sprint would say yes.