Amid an icy divorce with Glendale, the Coyotes future is still uncertain

The future of the Arizona Coyotes is up in the air

The Arizona Coyotes are in their final days of a messy divorce with the city of Glendale.

After nearly two acrimonious decades in the West Valley, the hockey team’s lease was not renewed and they’ll be moving to a new temporary home at Arizona State University starting next season. The Coyotes are seeking approval to build a new facility in Tempe and are hoping the fans will follow them as they continue their search for a permanent home. But their future is still up in the air.

It’s a Saturday afternoon in March, and the Gila River Arena is about two-thirds full. But it’s hard to tell who the fans are actually rooting for.

The rally chants after “let’s go” are a mangled combination of Penguins and Coyotes, reflecting a roughly 50-50 split between allegiances and the heavy presence of fans rooting for the visiting team from Pittsburgh.

The reaction is particularly confusing when a goal is scored. Half the arena roars as the Penguins put the puck in the Coyotes net.

It’s a typical occurrence in Glendale, where Jason Jacobs’ longtime hockey has been coming for the past 15 years, driving all the way from Prescott to see the games.

“I gotta tell you, I love this building. I’m so happy the Coyotes are staying in Arizona, but this season is kind of special to me because I really love the feel of this area and Westgate, “said Jacobs.

Jacobs says he does not understand the politics forcing the team to relocate next season.

“I wish the Coyotes were able to stay here in Glendale. I want this community to be able to thrive. I wish there could have been a better relationship so they can stay out here, “Jacobs said.

That’s not so for Melinda Latt, who comes in from the East Valley for the games with her daughter, Mikayla.

“I think the reason it did not work here was because when they were in downtown Phoenix, when people were just visiting, or had nothing to do on a Friday night and they were close to the area, it was a viable option,” Latt said. “But you have to be a legitimate hockey fan to get in the car and drive an hour out of your way to go,” said Latt.

‘The entire relationship is toxic’

Sports writer Craig Morgan has heard this debate for years while watching the Coyotes icy marriage with Glendale dissolve into a nasty divorce.

Morgan, now with the sports news website PHNX, has covered the team for more than two decades.

“It’s a smaller fan base, obviously it’s nothing like some of the major markets, the Canadian markets obviously or Chicago, Detroit or Boston,” Morgan said. “But it’s a very loyal fan base, and I think they’ve been hardened by all the hardship that this franchise has been through both on the ice and off, so they really do stick with the team.” 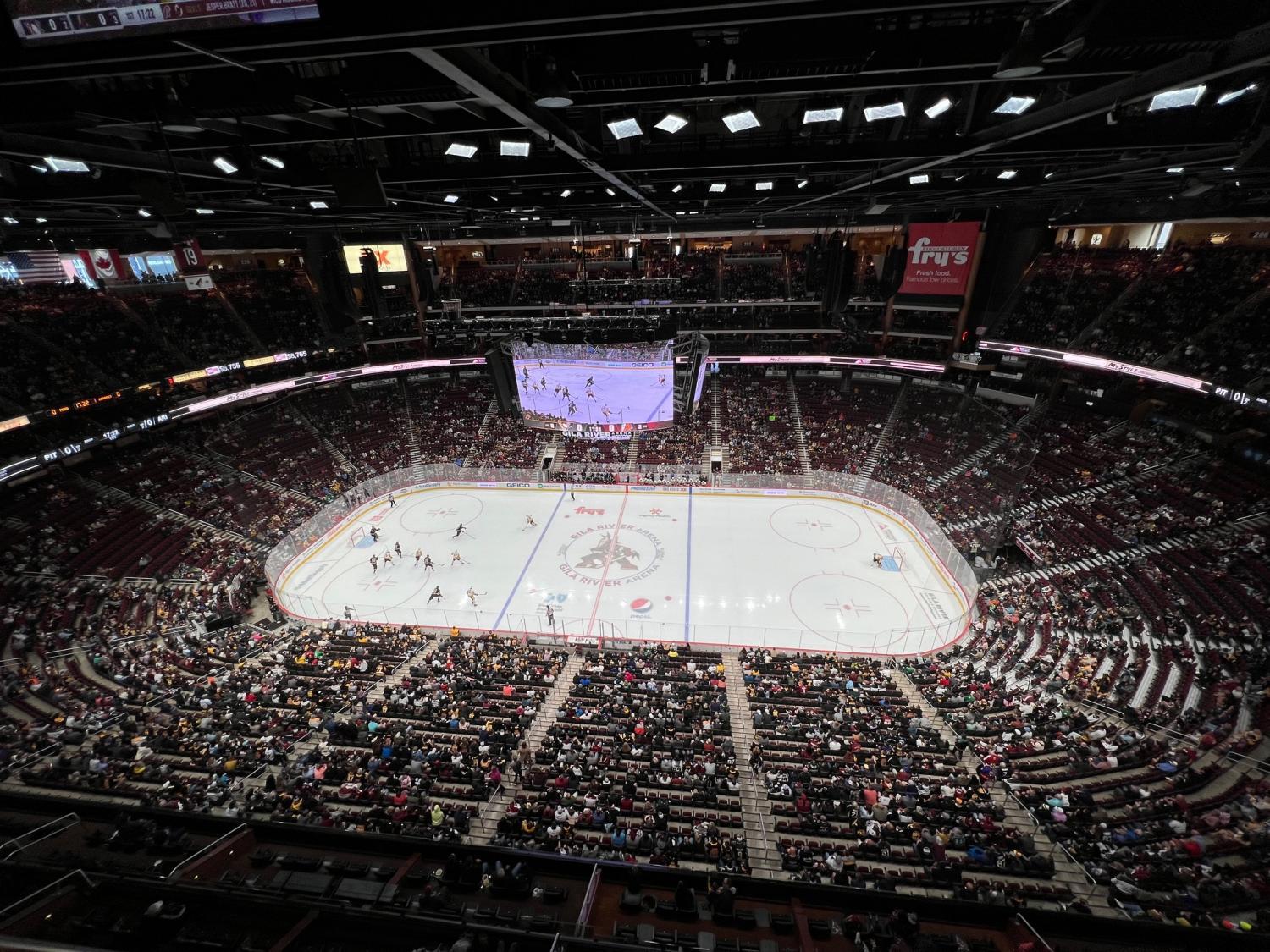 The hardship he speaks of is the franchise’s quest for a permanent place to play.

After relocating from Winnipeg in 1996, the Coyotes played at the Suns arena in Phoenix before moving to their current home in Glendale in 2003. But the team has never been happily relegated to the less affluent and more distant West Valley.

A previous owner put the franchise in bankruptcy and almost moved it to Portland. Another ownership group flirted with Seattle. More recently, Glendale accused the team of not paying its taxes on time and threatened to lock it out of the city-owned arena. Frustrated with not being able to lock it into a long term deal, Glendale then declined to renew the Coyotes lease after this season, forcing them to relocate.

But not out of state. About 30 miles east to Tempe.

Intimate being the key word. For at least the next three seasons, the team is moving to ASU’s new 5,000 seat on-campus hockey arena. That’s less than a third of the capacity of its current home.

“The very first conversation we had was with the NHL to make sure this met the standards of the NHL,” said Guitierrez.

The Coyotes, which claim to have the league’s lowest ticket prices, plan to raise them dramatically to make up for the attendance difference.

As for a more permanent home, that’s still up in the air – literally and figuratively. The Coyotes submitted a proposal to Tempe to build a new arena and entertainment district and are waiting to hear from the city on request.

Guitierrez says the 46-acre tract of land just east of Phoenix Sky Harbor Airport would be for more than just hockey. 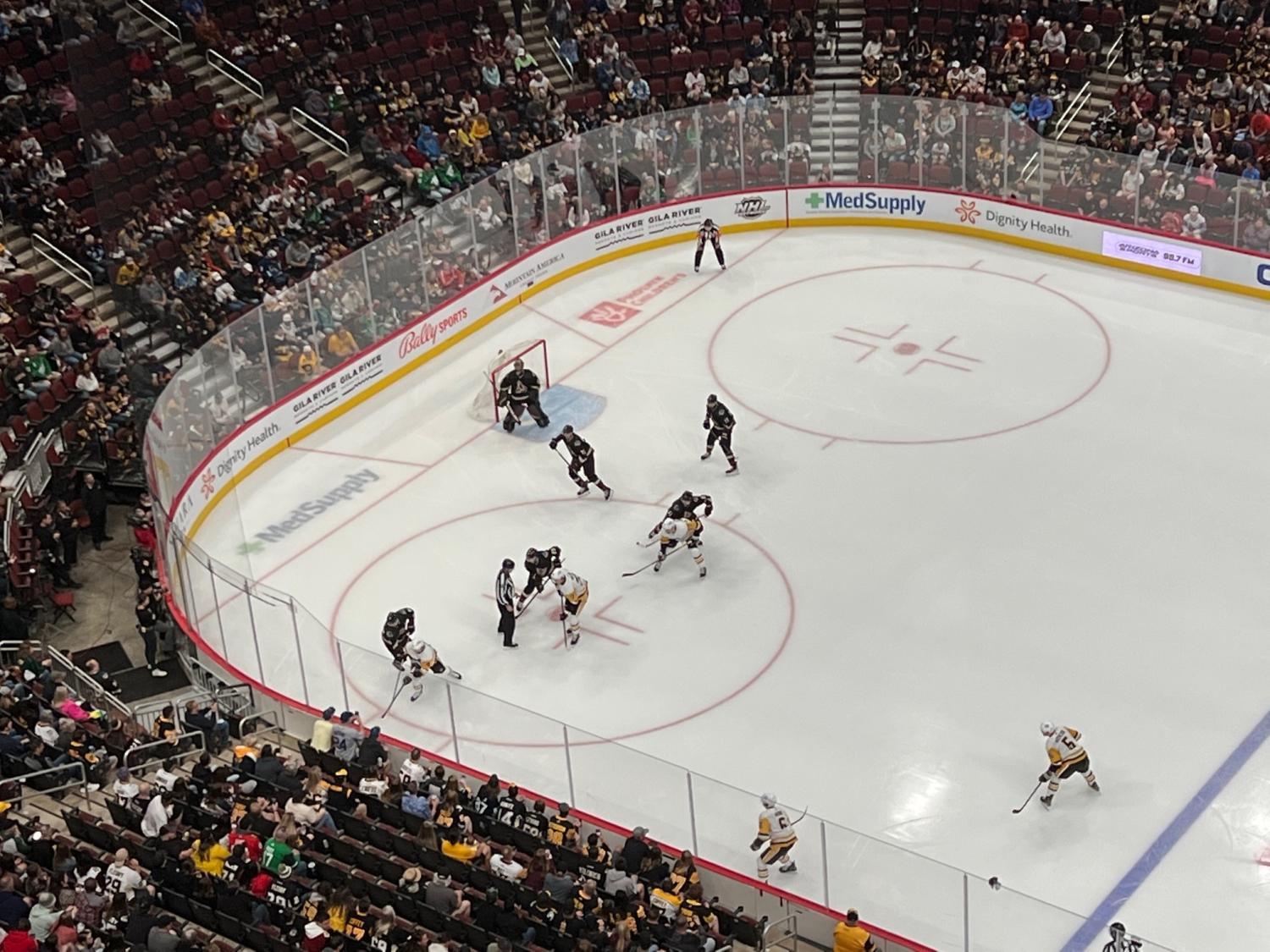 “We are very excited about the proposal that we put forth. It is a privately funded sports and entertainment district, anchored by our arena, that’ll include our practice facilities, hotels. We’re looking at building the Rodeo Drive of retail here in Arizona. ”

That proposal not only needs approval from the city of Tempe, but also the Federal Aviation Administration, which is said to be concerned that the complex would be in the flight path of planes, less than two miles away from Sky Harbor’s runway approach.

Either way, the Coyotes and the NHL say they’re committed to keeping the team in the Valley. But Craig Morgan says that could change as well.

“As long as the league believes there is viable path forward with a permanent arena solution, I think they’ll stick with this market-they think it’s very important,” said Morgan. “Now, if the Tempe City Council decides they don ‘ t want that arena, then you have a problem because at some point, league executives’ patience is gonna run out. ”

Glendale will keep the house, which is not paid for, after the city finishes divorcing the Arizona Coyotes. Find out more about what’s next for the city and Westgate Entertainment District in Part 2 of this series. 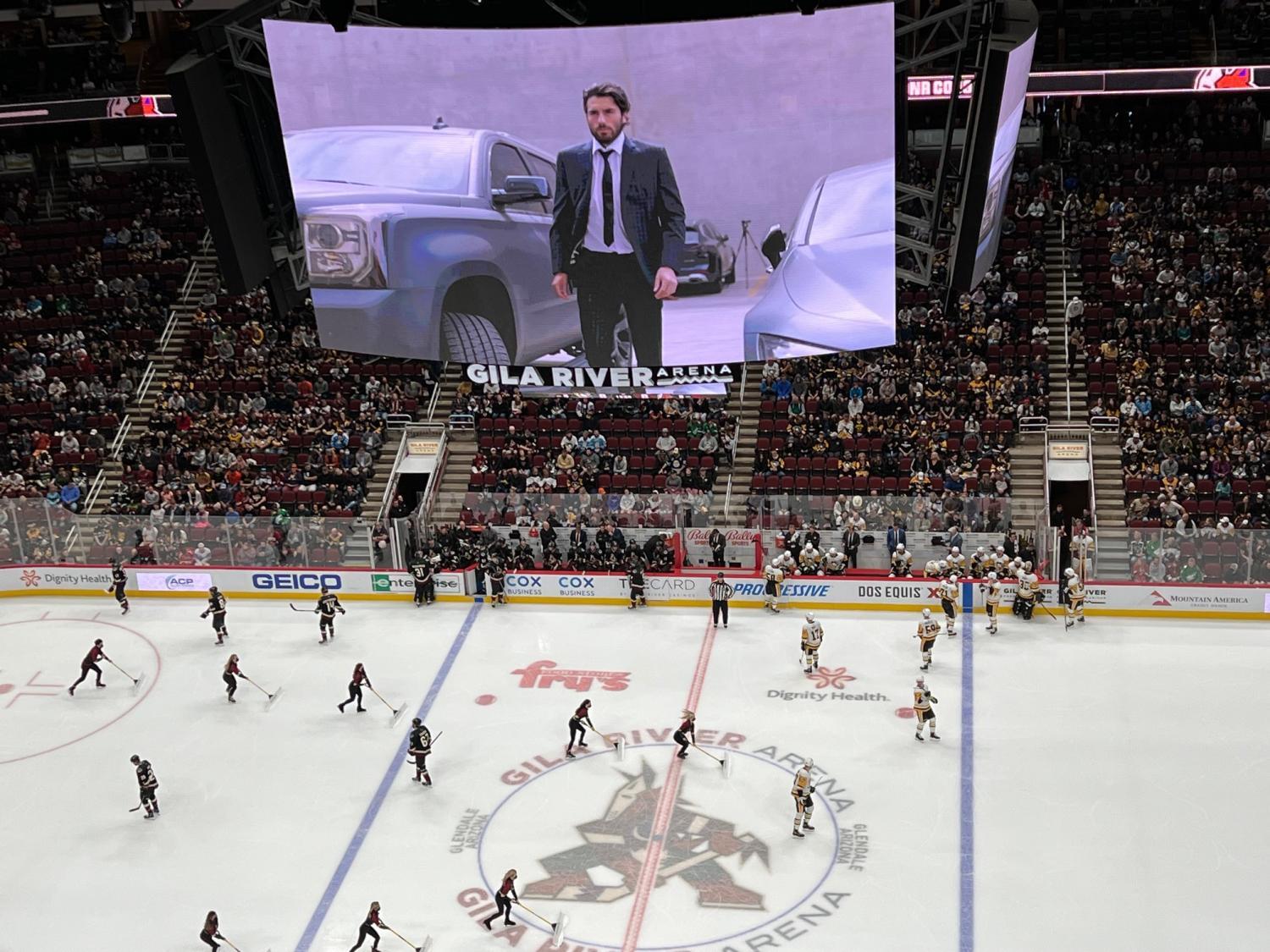