Tweaks in the process for producing thermosets — polymers used in tires and memory foam mattresses — could allow these materials to be recycled.

This article is part of a series of pieces on environmental topics that Physics is publishing to celebrate Earth Day (April 22).

Memory foam mattresses will morph to match your body shape and give you a good night’s sleep. That is, if you don’t start mulling over their environmental impact. These mattresses are made of polymers called thermosets, which are presently impossible to recycle. But researchers are investigating promising chemical routes to eco-friendlier thermosets. New work by John Torkelson of Northwestern University, Illinois, and colleagues offers a simple approach for obtaining a wide category of reprocessable thermosets [1]. Torkelson said that in a matter of years, these ideas could lead to mass-producible, recyclable thermosets, so that memory foam mattresses, car tires, and myriad other thermoset-based objects could stop piling up in landfills.

Thermosets represent a good chunk of the global plastic market, with over 40 million tons of the polymers being produced each year. These popular materials are cheap, lightweight, insoluble, strong, and resistant to heat and chemicals. They may also self-heal and retain memory of their original shape even after being subjected to considerable stress and deformation.

These qualities derive from the microscopic material structure — a tight tangle of polymer chains chemically bonded to each other by a network of “cross-links.” Such links form in a thermal production process, or “curing,” in which a molten prepolymer liquid sets into a solid material. Alas, these cross-links are permanent and can’t be undone by heating up the material. Hence, thermosets cannot be melted and recycled into new mattresses, new tires, or other high-value products. Re-use options pretty much boil down to shredding the materials into low-value polymer crumb (used as filler for asphalt or flooring) or burning them for energy (releasing CO2 and many polluting chemicals).

Developing eco-friendlier polymers has been a focus of Torkelson’s research for decades. In 2014, after attending a presentation at the American Chemical Society meeting, he and his group realized that a well-known concept in polymer science could be put to use to change the nature of the cross-link network within a polymer. The approach is based on “dynamic bonding,” in which the covalent bonds making up the cross-links aren’t permanent — they can be temporarily “untied” simply by increasing the temperature.

The idea of ​​dynamic bonding has been known at least since the 1990s — when Xerox first used it to engineer polymers with tailored structures. Since 2010, several groups have demonstrated ways to apply this idea to the dynamic cross-link networks of thermosets. The new contribution of Torkelson’s team is to show that this dynamic bonding can be applied to an extremely broad range of thermosets, and that this can be done without revolutionizing conventional production techniques.

Speaking at a session on sustainable polymers at the 2022 APS March Meeting, Torkelson reported the experimental demonstration of dynamic-bonding routes that are applicable to the two major families of thermoset production: “step growth,” the method of choice for making memory foams, and “chain growth” [1], commonly used to make vulcanized rubber for tires. Dynamic cross-linking for this latter category was, until now, nearly unexplored, says Torkelson. Together, the results indicate that the approach has potential for making virtually all thermosets found on the market.

The team suggests that these routes could be easily integrated into commercial production plants. For industry to pay attention, the “chemistry has got to be simple,” Torkelson says. The demonstrated routes can be realized by adding one or two elementary steps — such as the incorporation of an extra chemical ingredient — to the polymer preparation processes.

To prove the viability for applications, the team had to check for a possible “Achilles’ heel” associated with dynamic bonding, says Torkelson. The reversibility of the cross-links could mean that the material permanently deforms, or “creeps,” when heated during its use. But tests on a sample of dynamic-bonding thermosets showed that there is no creeping up to 80–90 ° C, assuring stability across a temperature range suitable for most applications. However, the cross-links can be broken at 140 ° C, and upon further cooling, “they come back together just as strong as before,” says Torkelson.

Torkelson is optimistic that sustainable thermosets will soon become a commercial reality. What has driven these advances has been a major shift in society’s attention to environmental protection, he says. “In 1999, nobody would pay attention when we talked about recycling.” Today, customers of NIKE or Adidas sneakers pick products based on their environmental footprint, so companies do pay attention, he says. In fact, corporations such as Dow Chemicals and ExxonMobil are major funding sources for the team’s research.

Matteo Rini is the editor of Physics. 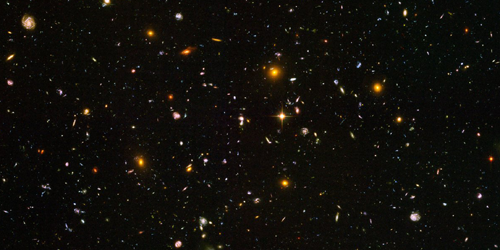