A Latin-American festival with a long history in Southwark is fundraising for its return to Burgess Park this summer.

Carnaval del Pueblo, a celebration of the region’s dance, music, food and culture, is scheduled to take place on August 21.

It has already raised over £24,000 after receiving the equivalent of £20,000 from Southwark Council after it waived the park-use fee.

Festival founder Nuala Riddell-Morales said: “Carnaval del Pueblo is the voice and the identity of the emerging Latin American community in Southwark. It always has been and it always will be.

“This event is the comeback to reestablishing the glory of previous years as an expression of the cultural heritage of the nineteen Latin-American countries to explore, to reveal, to celebrate and to share with the wider population.”

But it is hoping to get another £4,000 over the next 24 hours, which will go towards the cost of setting up the stage.

The festival, which hosted 130,000 attendees during its zenith in the 2000s, was canceled in 2011 due to public works in the park and hasn’t been held since.

Organizers hope that this year’s rebirth of Carnaval del Pueblo, will be the beginning of the festival’s growth and expansion over the coming years. 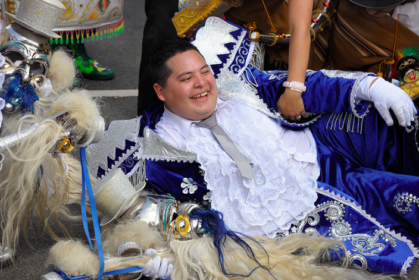 The event in August will be free, inclusive and feature Colombian salsa musician Javier Vasquez performing on the main stage with his orchestra.

There will also be a salsa dance marquis with a bespoke sound system, two bars, a food village and various arts and crafts.

Through its events and community engagement, Carnval del Pueblo aims to enrich Southwark’s Latin-American community and educate others about their culture.

To donate, head to the funding page where you can also watch a video showing the Carnaval in full swing: https://www.spacehive.com/help-carnaval-come-back#/idea