China is experiencing its worst Covid-19 outbreak in two years as the Omicron BA.2 variant sweeps across the country. Vowing to stick to its controversial zero-covid policy, the Chinese government has intensified lockdown measures in multiple cities, including manufacturing hubs like Shanghai and the northeastern Jilin province.

The latest lockdown is creating a humanitarian crisis and grinding China’s bustling industrial centers to a halt, which will not only hurt China’s domestic economy but also pose a threat to global supply chains and affect Western markets that are relying on Chinese exports more than ever.

“We believe the macro impact of China lockdowns could be quite high and something which the market is not yet pricing in,” analysts said in an April 14 report from investment bank Bernstein.

Shanghai and Jilin province’s capital city, Changchun, are home to China’s top two carmakers: SAIC Motor and FAW Group. In normal times, these two companies alone, through joint ventures with Western carmakers, produce millions of vehicles branded by General Motors, Volkswagen, Toyota, BMW and others for the Chinese market. SAIC has about a dozen factories in Shanghai that make foreign-branded cars. The city is also home to Tesla’s Gigafactory 3. Jilin province has 14 plants owned by FAW Group.

Most of these factories have been closed since March in compliance with local Covid-19 lockdown orders. Volkswagen said its plants in Shanghai and Jilin have been shut down for weeks and it is “assessing the situation from day to day.” Toyota said its Jilin factory hasn’t made anything for a full month. (Jilin entered lockdown in early March.) In Shanghai, Tesla’s Giga 3 is at least 30,000 electric vehicles behind schedule. Its Chinese EV competitors, Nio, Xpeng and Li Auto, also have halted production.

Shanghai’s neighboring Jiangsu and Anhui provinces, where homegrown carmakers and parts suppliers concentrate, are also placed under various degrees of lockdown as local governments fear the Omicron spread from Shanghai.

A working car factory relies on an extensive network of suppliers and a continuously running supply chain. Closing any part of it means the rest cannot function. In the first two weeks of April, almost all (94 percent) of carmakers in Shanghai and its surrounding areas experienced production challenges as a result of lockdown, according to a Goldman Sachs report released April 14.

If suppliers in Shanghai and its neighboring provinces are unable to resume work immediately, China’s entire auto industry may have to suspend production in May, warned He Xiaopeng, CEO of EV maker Xpeng, whose factory is in the Guangdong province in southern China, on April 14.

China is the world’s largest automobile manufacturer, producing 26 million motor vehicles a year before the pandemic. That’s nearly 30 percent of all passenger cars and trucks made globally.

Shanghai is also home to the world’s largest port by cargo throughput. Since the city’s lockdown, vessels arriving from overseas have been either forced to reroute to other ports or stranded on the . Exports, which accounts for nearly 20 percent of China’s gross domestic product, is also paralyzed.

Bernstein’s April 14 report estimates the impact from China’s latest lockdown will be more severe than that of 2020, because the West’s reliance on Chinese exports has grown since then. In 2021, China’s share of global exports rose to 15.4 percent (from 14.7 percent in 2020), the highest level in a decade, Bernstein analysts say.

China supplies the majority of overseas demand for mobile phones and PCs. With factories and ports closed, companies like Apple and Dell will likely face product delays. Taiwanese computer maker Quanta, which produces some 75 percent of Apple’s Macbooks globally, has temporarily shut down its operations in Shanghai. Another Apple supplier in the area, Pegatron, which assembles legacy iPhone models, has also suspended production. 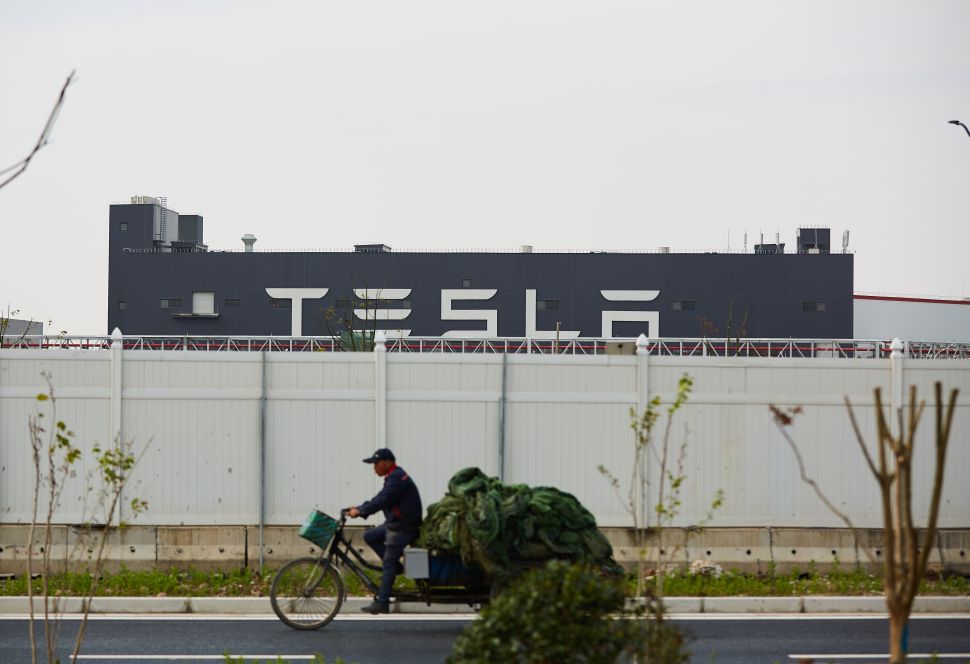