Fr Ted’s ‘down with this sort of thing’ cinema protest was inspired by childhood priest, star Jon Kenny says

FR Ted star Jon Kenny revealed his childhood priest inspired the ‘down with this sort of thing’ cinema protest.

He played theater owner Michael Cocheese in the classic episode that sees Ted and Dougal take issue with a blasphemous film.

Comic Jon, 64, said: “The local censor in our village was the parish priest who had skilled himself in being able to paint over cinema posters.

“No matter what the setting. If it was James Bond and they were all on a beach, if there was a bikini or a blouse was too low, the actress would be wearing a blue evening dress.

“Because the priest had a tin of blue paint and was quite skilled painting it on the old cinema posters.”

Limerick native Jon twigged what was going on when he inspected the posters close up. 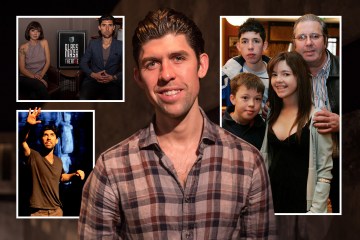 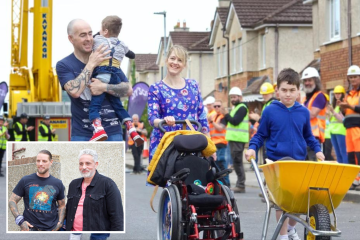 The D’Unbelievables star added: “That’s when I realized the priest was painting over the boobs.

“I’d be scraping the posters with an old penny to see what was underneath it.”

On the Talking Ted podcast, he revealed the cleric even made the cinema’s projectionist edit out steamy scenes in films.

Most read in The Irish Sun.

Jon said he and his pals would be “waiting for a love scene” when the film would suddenly stop.

He added: “The lads would then start banging their feet on the floor, and make the moo-ing sound of cattle in protest so it sounded like a cattle mart.”