Octopus has said it is choosing to make a loss to help struggling households through the energy crisis.

The UK energy start-up has pledged £ 50million to support customer bills through this six-month price cap period, which is part of a longer-term package worth £ 150million.

Octopus’ chief executive Greg Jackson said he is voluntarily shouldering losses during what he described as a ‘once in 30-year crisis’. 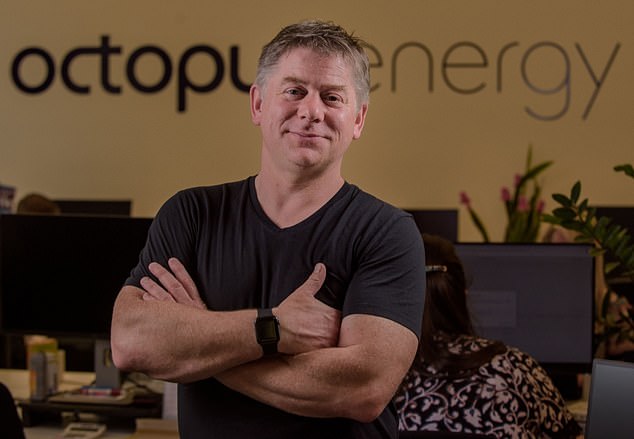 Crisis fund: Octopus’ chief executive Greg Jackson said he is voluntarily shouldering losses during what he described as a ‘once in 30-year crisis’

He said: ‘The reality of the crisis is beginning to show up on people’s bills. This is a bigger problem than any company and it’s bigger than the UK. ‘

Octopus recently became the first supplier to charge existing customers below the latest energy price cap, which rose from £ 1,277 to £ 1,971 for the majority of Britons this month.

Existing customers are paying £ 50 below the new price cap.

‘We are choosing to make a loss to help customers,’ Jackson told the Mail on Sunday. ‘But we can only lose so much.’

Octopus posted operating losses of £ 31million during the last financial year, while revenue increased from £ 1.2billion to £ 2billion.

To tackle the problem, Jackson called on policymakers to consider spreading the cost of soaring fuel prices beyond just one year.

He said: ‘If you try and take a once in a generation crisis and pay for it all in a year then it is catastrophic for individuals, families and inflation.’