Sydney Film Festival 2022 Dispatch # 1 – Family Dinner, As in Heaven and Fire of Love

Family Dinner tells the story of a reticent and obese teenager Simi who is spending her Easter Weekend at her auntie’s house. Her aunt Clara is a popular nutritionist and comes across as passive-aggressive toward her. Her partner Stefan comes off as a ladykiller as his words towards Simi feel lechery and awkward.

On top of that, Simi’s cousin Fillip is incredibly rude and strokeing. In other words, a typical family weekend. But there are mysterious occurrences afoot when Simi and Clara start to bond that Simi promises to undergo a strict weight loss regiment under her aunt’s teachings. But her weight may not be the only thing she might lose.

Family Dinner is an admirable if underwhelming directorial debut from filmmaker Peter Hengl that manages to provide solid craftmanship, a controlled sense of pacing, worthy performances and a felt thematic throughline that speaks to its characters with nuance. The conflicts that Simi faces within itself speaks volumes that the audience can relate to; particularly in the sense of family interactions as well as questioning our self-worth through her body image.

It is a shame that the story itself is woefully predictable from beginning to end. Particularly for those who are well-versed in the horror genre, the plot points that are laid out come come off as expected and trite.

Overall, Family Dinner is a solid calling card for Hengl that hopefully hints of better things for him. The film would make a solid double bill with another Sydney Film Festival entry Piggy by Carlota Pereda; as both films deal with the insecurities young women face within themselves as well as the society around them.

THREE STARS (OUT OF FIVE) 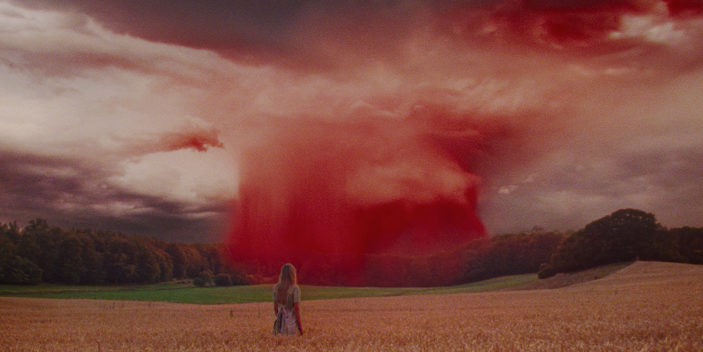 As in Heaven (dir. Tea Lindeburg)

Heaven is a Place on Earth?

Set in the 1800’s, As in Heaven tells the story of Lise, a young woman who dreams of leaving her village to better her lot by being the first in her family to go to school. But her hopes instil a sense of doubt when she notices things that may put all of them at stake. She first notices her recurring nightmares that involve torrential rain of blood.

Then her mother whose impending childbirth becomes dangerously tumultuous. And her interactions with the men in the village start to veer from weightless innocence to something more prurient and sinister. Will these occurrences hint a positive change in Lise or will they foreshadow an inevitability that she cannot overcome?

As in Heaven is the directorial debut from Tea Lindeburg and if her debut film is any indication, she is a very confident filmmaker on the rise. Her assurance in each direction keeps the runtime to a minimum and the themes of verging into womanhood, patriarchal rule and the tribulations of women are conveyed implicitly through powerful compositions and striking visuals.

For example, a scene (that is shot in long, singular takes) where Lise and her cousin sneak into the house to find out how her mother is going marks a change in Lise as it depicts her waning childhood frivolity deteriorating away and her impending womanhood kicks in.

Lindeburg’s direction is also powerfully understated that it withholds just enough for the audience to understand what her characters are going through while delivering the rewarding emotional punch. The nuanced approach also applies to her cast, who all deliver natural, genuine performances that never feel histrionic or contrived; as well as her choice to dispense the use of a musical score (until the final act).

Overall, As in Heaven is a powerful period piece that shows the plight of women as they try to break free from social and patriarchal norms. Writer / director Tea Lindburg manages to marry horror references and understated drama with an assured hand and coaxes nuanced work from her cast.

FOUR STARS (OUT OF FIVE) 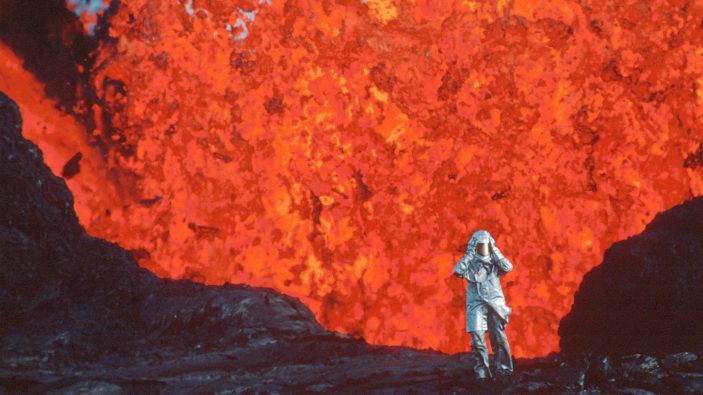 Love in the Time of Magma

A loving and bittersweet ode to two passionate minds, a spectacular showcase of footage from the natural wonders of the world and a life-affirming experience on striving for your dreams, Fire of Love is a charming, stirring and whimsically presented documentary.

As presented by documentarian Sara Dosa through a wealth of footage and photographs from his two subjects (Katia and Maurice Krafft), the film provides a striking look into the magnetism of volcanoes – the footage is so dangerous, it is unbelievable – as well as the lead couple with their propulsive romance – which is presented through photographs, clips and actors providing readings of letters from the Kraffts.

The presentation is enjoyably warm and genial – with the use of amusingly lo-fi animated interludes and soundtrack choices like the score from The Good, The Bad and the Ugly – and creative powerhouse Miranda July‘s wistful, airy narration fits the film to a T as she provides the perfect balance of frivolity and melancholy through her delivery.

What makes Fire of Love truly stand out is how it conveys the longing humanity has within to strive for our passions and not just for ourselves but for the betterment of others as well; especially in the inevitable, poignant conclusion.

Fire of Love is one of the best films of 2022 and it is strongly recommended that you see it on the biggest screen as possible.

FIVE STARS (OUT OF FIVE)

All films are screening as part of this year’s Sydney Film Festival, running between June 8th and 19th, 2022. For more information head to the official SFF page.

More to Explore on the AU: