Terrifying moment a giant, gaping SINKHOLE swallows up a luxury car on a quiet street

The black hole of Australia: Terrifying moment a giant, gaping SINKHOLE swallows up a luxury car on a quiet street

A massive sinkhole swallowed a luxury car and left residents of an affluent city suburb without water.

The sinkhole opened up on Centro Avenue in the central-Perth suburb of Subiaco at about 10pm on Sunday.

The hole ruptured a water main leaving 60 homes and businesses without water overnight and flooding the busy street. 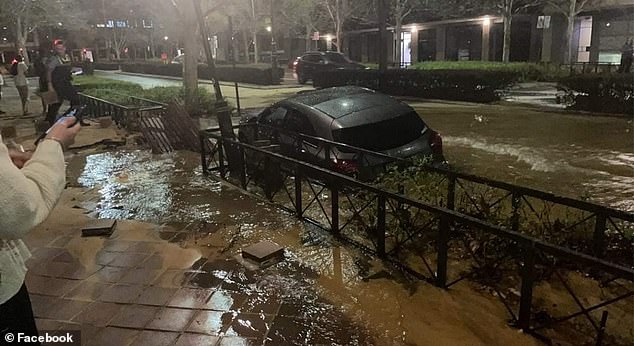 A Perth sinkhole in Subiaco swallowed a Mercedes Benz parked on Centro Avenue on Sunday night (pictured, the gray Mercedes-Benz at the beginning of the flood)

A Mercedes-Benz was parked directly above the sinkhole and onlookers watched in horror as the luxury car was slowly flooded.

The video shows the vehicle’s windshield wipers trying to fight the water as it creeps over the roof.

Police taped off the area as floodwater continued to rise. 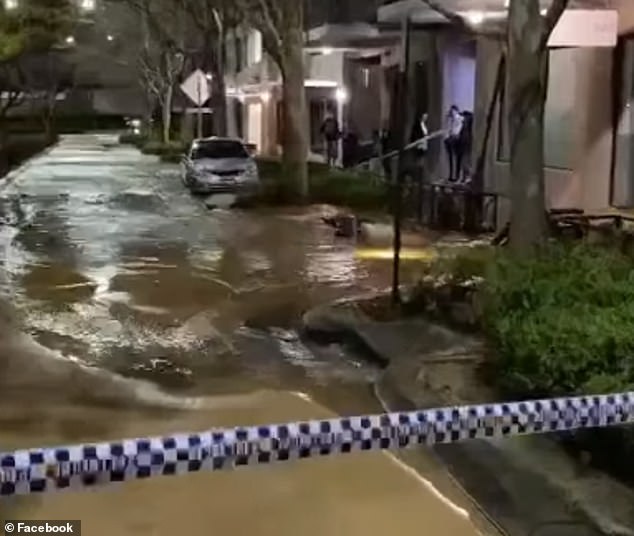 The sinkhole opened directly below the luxury car and burst a water main, causing flooding in the busy street (pictured, the roof of the Mercedes-Benz pokes out of the sinkhole and floodwater)

No one was inside the car at the time and no injuries were reported.

‘Our crews have been working throughout the evening to repair the damaged main and works will continue throughout the day to ensure the road is safe to reopen,’ a Water corporation spokeswoman told Perth Now.

We’re expecting water supply to be restored mid-late morning. There is bottled water available with our crews for those who need it. 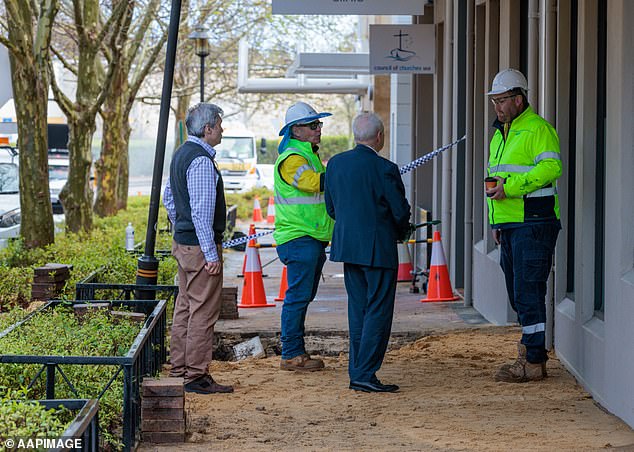 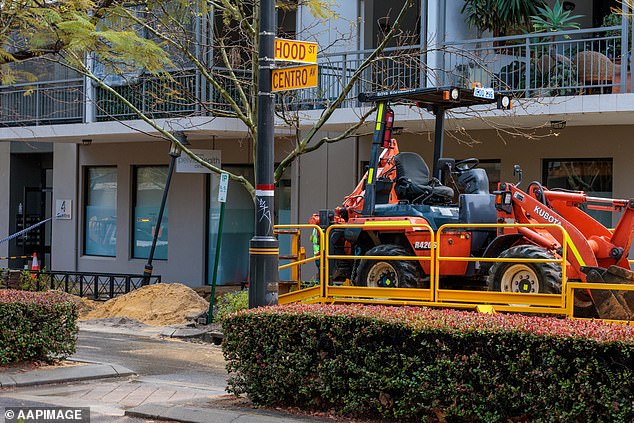 The road is expected to reopen to traffic on Monday afternoon once water services have been restored (pictured, recovery work on Centro Avenue following Sunday night’s sinkhole)

‘Traffic management is onsite and road diversions are in place around the area, and motorists are asked to please show caution in the area.’

The Water Corporation was set to begin work to repair the road and footpath once water and power services were restored with the area expected to be fully opened to traffic from Monday afternoon.

The footpath on the other side of Centro Avenue has remained open.