The eyes of the world are watching, as the Queen is honored with a historic state funeral.

The ceremony began with a procession of senior royals behind the coffin as it was carried to Westminster Abbey – where 2,000 people were in attendance to pay their respects, before a committal service at Windsor Castle.

Viewing figures of the funeral are likely to be record-breaking, and it was also broadcast live to around 125 cinemas and several cathedrals in the UK.

With so many people watching proceedings, the body language of the royal family and statespeople in attendance has come under intense scrutiny. “Body language is mostly subconscious, and those signals we send out are often authentic and true to what’s going on inside, even though we try to mask those emotions,” suggests Sonia Beldom, a communication coach, verified NLP practitioner, CBT therapist and executive coach. 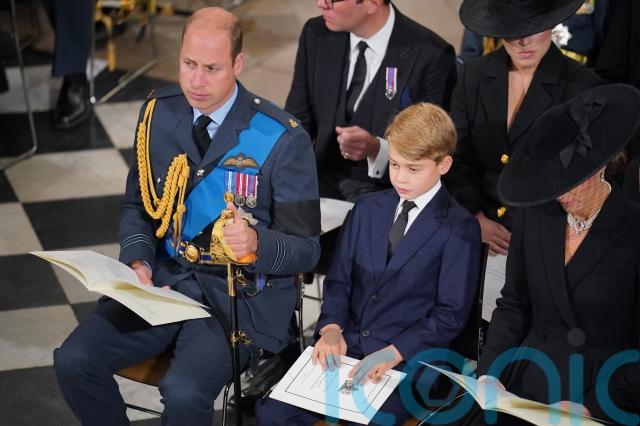 Beldom says she can see classic signs of grief in the faces of the male members of the royal party – particularly King Charles, the Prince of Wales and the Duke of Sussex. She detects this in “furrowing of the brow, and especially when the glabella (the bit between our eyebrows, above the nose) displays signs of tension – increased vertical lines”.

When the congregation sang God Save The King, Beldom detects “a slight parting of his [Charles’] lips in a horizontal in-breath”, saying “it is a sign of grief, which he is controlling brilliantly”.

However, she adds: “King Charles and Prince William are incredibly composed. A tiny sign of self-soothing is seen as they rub the top of their swords with their thumbs. This is a mini version of massaging the thumb, which is a pacifying gesture.” 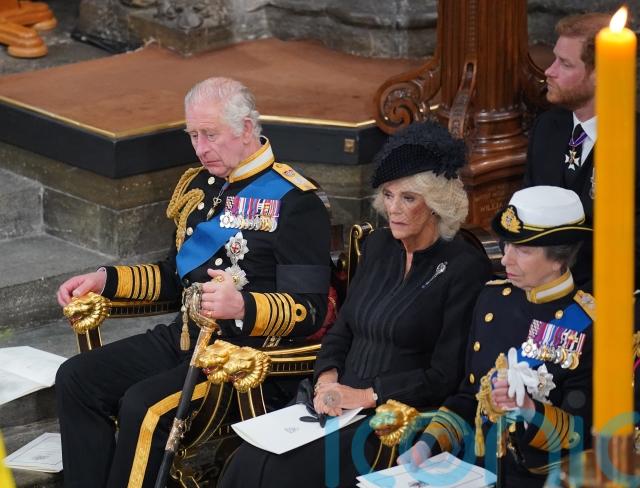 On the part of the Queen Consort and the Princess of Wales, Beldom suggests their body language has been “incredibly controlled”. She continues: “By tightening our mouths, we can more easily control our facial muscles. All the female royals are composed, with slightly pursed lips – which helps hold back emotion.”

Beldom describes the Queen Consort’s deportment as “beautiful”, saying: “Her shoulders are horizontal, neck relaxed, her chin is slightly dipped, which is no surprise in grief, and often portrays a person considering something upsetting.”

And for Princess Anne, Beldom says she is “very composed, upright and stoic, whilst showing understandable signs of grief and inward thought”. 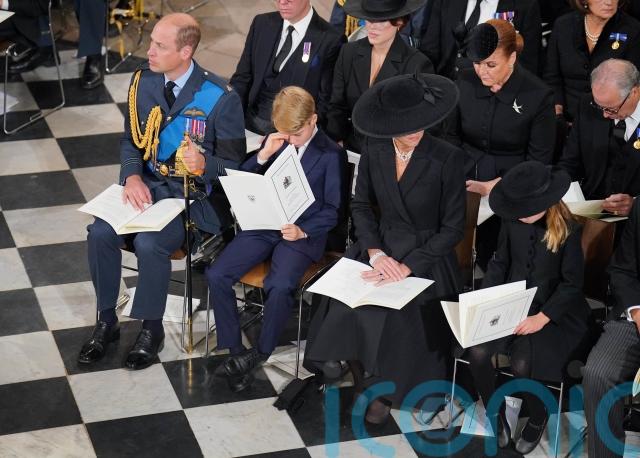 The Prince and Princess of Wales were accompanied by their two eldest children, Prince George and Princess Charlotte. “Children are usually very open with less guarded nonverbal gestures, however, George and Charlotte are very well behaved,” says Beldom. “While taking in their surroundings, they are not being distracted by them.”

In the procession after the service, Beldom says “the faces of the major male royals are far more relaxed… Down to the main, emotional service being over. William’s face looks much smoother.” 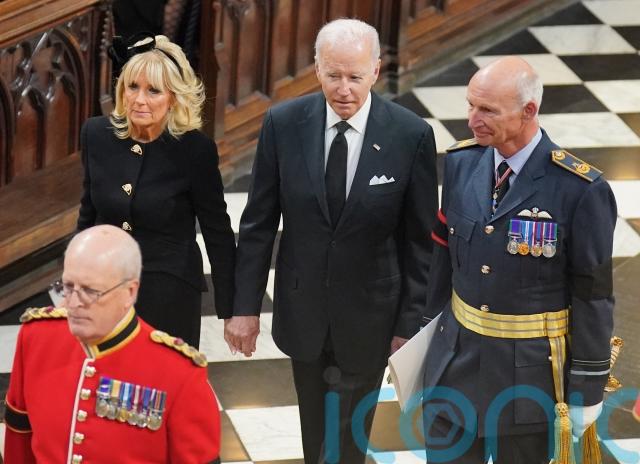 World leaders were in attendance to pay their respects to Britain’s longest-reigning monarch, and their body language was also revealing – particularly as they walked into the event.

“On entering Westminster Abbey, President Biden and the First Lady were holding hands,” notes Beldom. “We call this a tie sign – a gesture that links two people. It’s an obvious sign of attachment, affection and reassurance for both people.” 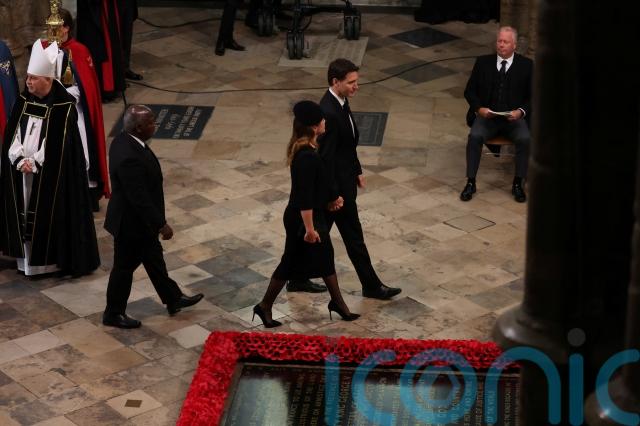 Canadian prime minister Justin Trudeau was also there, and Beldom says he displayed “classic confident statesman body language – relaxed, upright, chin up”. She suggests he had a “relaxed walking style, allowing his arm to swing naturally – and also showed courtesy in glancing around, to take in and acknowledge everybody there”.